We're going to deploy a React Application to Heroku that will be served from a Go backend which is then neatly wrapped in a Docker image.

"Heroku is a platform as a service (PaaS) that enables developers to build, run, and operate applications entirely in the cloud."

Use CRA to set up a React app #

We're going to use create-react-app to bootstrap our React project.

Write the Go backend to serve it #

Open up your favourite text editor and paste the following into server.go:

Caveat: Heroku gives us a port to bind our web application to, so we grab that from an environment variable, you can read more about it here

Build a production version of our application #

From our current directory ../deployment-demo/server go up a level back to the root of our React project, and run:

This will produce a directory called build.

Let's copy this into our server directory, which will serve as our production payload.

We can now navigate back into our server directory and start deploying.

Create the following Dockerfile in the server directory:

If you don't have a Heroku account, go and create one! (it should take less than 5 minutes)

Once that's done, you're going to need the Heroku CLI, which can be easily installed on Ubuntu by running:

After installing the CLI, run the following command to login:

The Heroku Container Registry allows you to deploy Docker images to Heroku.

You can read more about it here.

Run the following to login in to the registry:

Run this command to build your Docker image and push it to Heroku:

Notice that we specify web, this indicates the process type we want to associate with this application. Further reading on process types can be found here.

And finally, run this to release the image to your application:

We should now be able to navigate to our application hosted on Heroku by running:

And we should see the following: 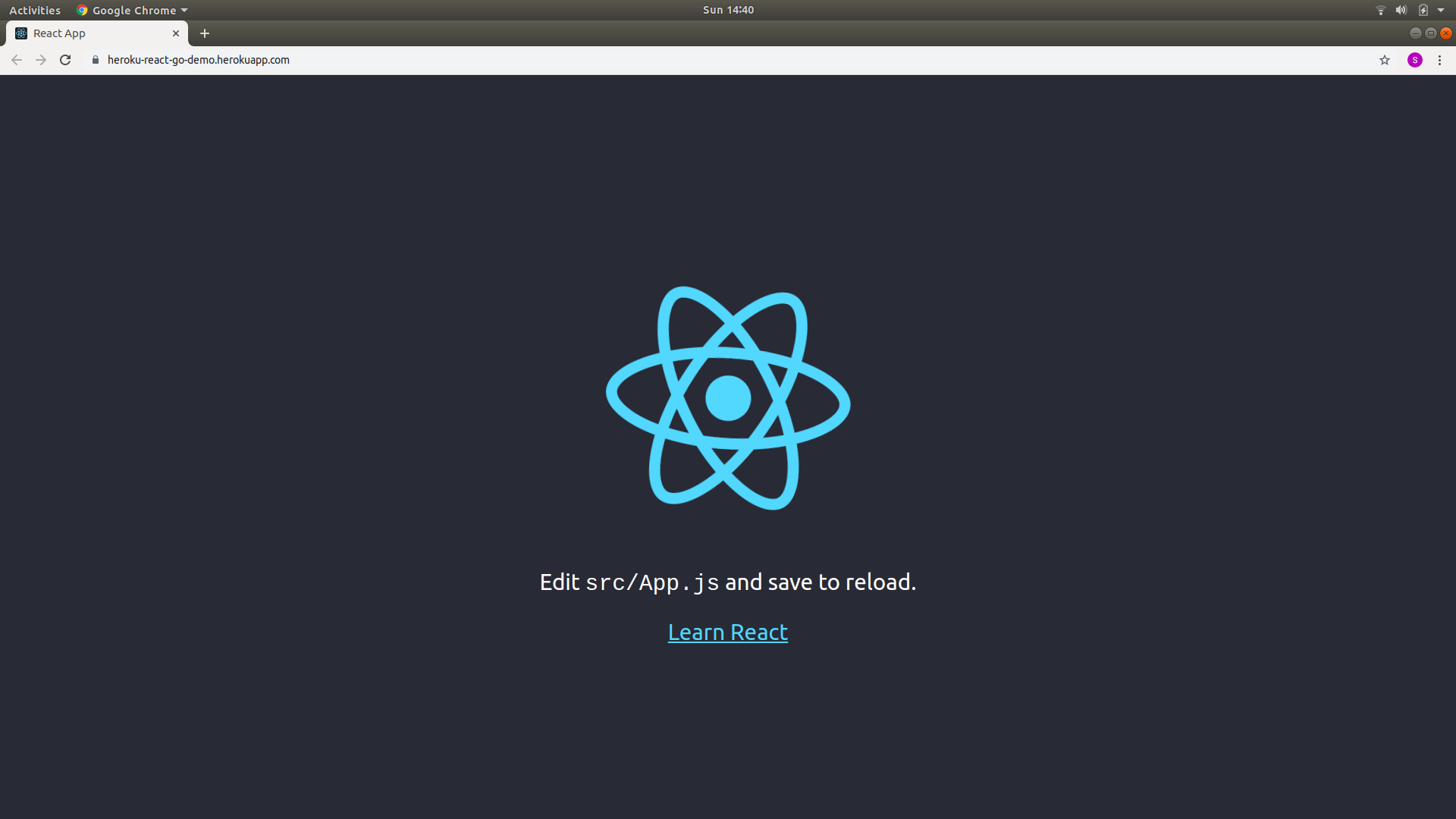 That's it! That's all you need to do to deploy a Docker image running a Go server that serves a React application to Heroku!